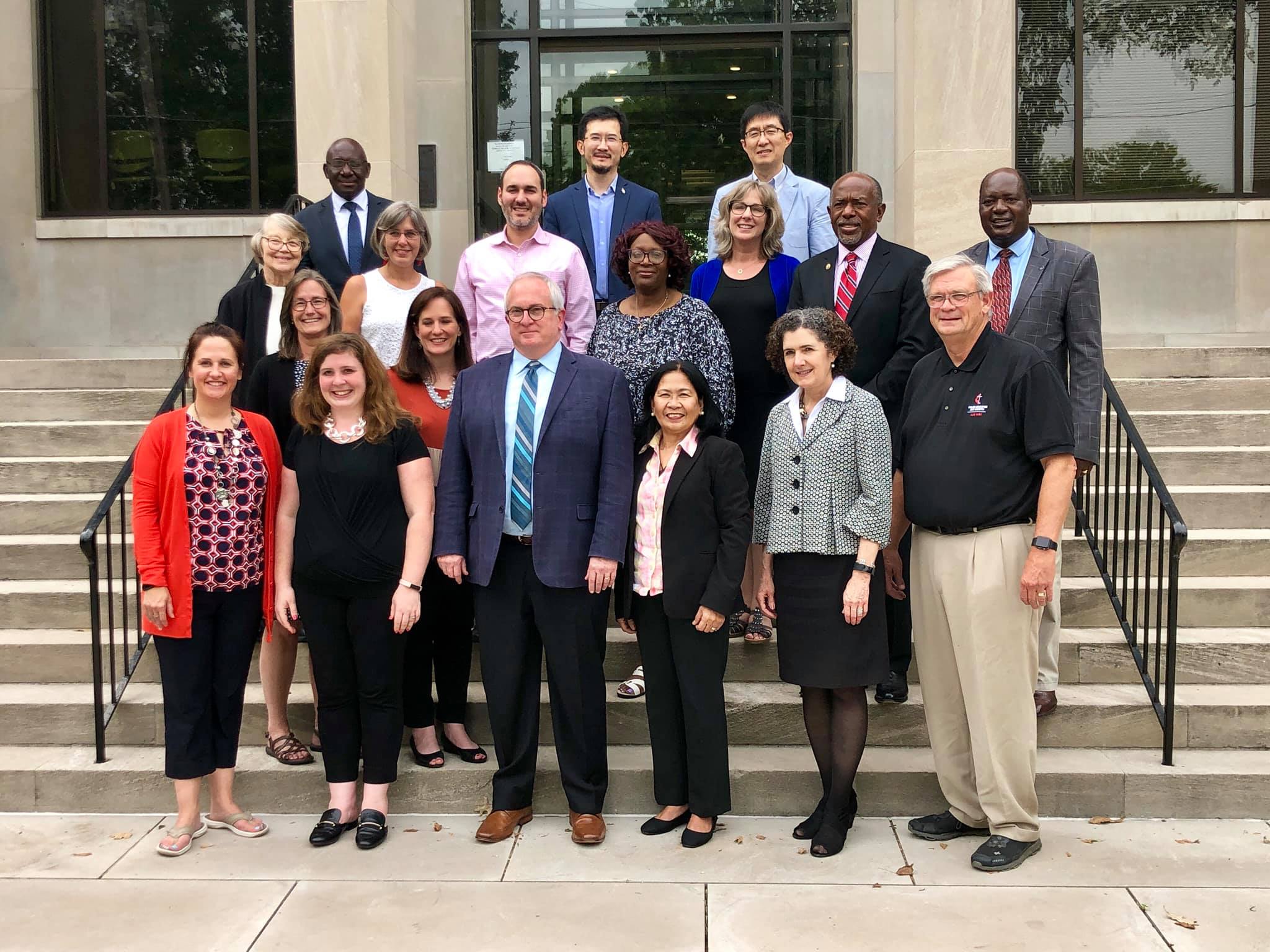 The World Methodist Council Steering Committee met in Mexico City, Mexico, to evaluate the reports of its various committees and programs. It also planned for various future activities, including the WMC Conference to be held in Gothenburg, Sweden, on August 19-22, 2021. As an organization affiliated to the WMC, IAMSCU reported on its activities, worked with the WMC Education Committee, and discussed the plans to hold its international conference in conjunction with the WMC Conference in Sweden.

Various themes discussed by the WMC overlap with IAMSCU’s work. J.C. Park, President of the WMC and member of the IAMSCU Board of Directors, has helped to promote a greater interaction among churches and educational institutions. In his Report, he addressed many issues that are of interest to schools, colleges, seminaries, and universities in the Wesleyan and Methodist tradition: inclusion, the negative impact of the global economy, concerns with climate justice, promotion of peace, and the importance of ecumenical and interfaith relations.

Global anthropogenic climate change is one the topics addressed by the WMC Steering Committee. WMC member Churches in the Pacific – such as Fiji, Tonga, Samoa, and others – have reported about oceans rising in their region and the resulting forced migration of climate refugees, so the WMC leadership has decided to take climate change and its impacts seriously, along with global poverty and global migration. Similarly, IAMSCU plans on deepening its discussion of these themes during the international conference in Sweden and encouraging its member institutions to promote the teaching, research, and community service in these areas.

Human rights constitute another topic addressed by the WMC. The Steering Committee was deeply concerned about the unrest in Hong Kong, so the Council wrote to sisters and brothers in the Methodist Church Hong Kong and the Church of Christ in China Hong Kong to assure them of the love and solidarity of global Methodism in these difficult times. IAMSCU recognizes that these are important themes being discussed on many campuses of schools, colleges, seminaries, and universities. Thus, IAMSCU will join the WMC in expressing its support and solidarity to students who are claiming their rights to freedom, democracy, and other fundamental values expressed in the Universal Declaration of Human Rights.

For details on the World Methodist Council, visit the WMC webpage: worldmethodistcouncil.org